Recapping our trip to Vermont 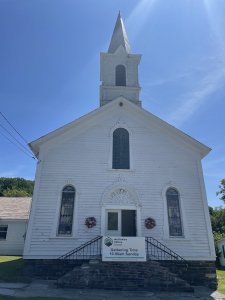 Our association of churches began our 5 year partnership with Vermont at our annual meeting in 2021. Our first trip as part of that partnership was focused on helping Northeastern Baptist College as they build housing for students. We took a team of 8 this July to paint, lay flooring, install doors, put in baseboards and whatever else was needed.

But we began by attending church with a couple of us preaching at different churches in Vermont. Church is tough in New England
because so many people are unchurched, de-churched, and anti-church. Those who pastor in this area are faced with a lack of trained leadership and decades of cultural barriers to Sunday morning worship. 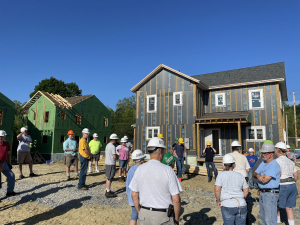 It’s exciting to be able to help the churches and especially to help the kingdom as NEBC prepares leaders for the churches. We spent our week working at a site where NEBC is building duplexes for student housing. In 2021 we were there just after the first 2 foundations had been poured. This summer
we were part of the work finishing one side of one of these duplexes. Almost all of the work that has been done here has been done by volunteers. There were at least 3 other teams from across the US working at NEBC while we were there. Teams from North Carolina, 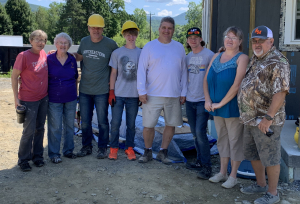 Virginia, and Missouri worked on roofs, put up walls on a new unit, and painted. There is much work to be done and we were happy to be part of the process. The unit we worked on should be finished by the beginning of school in September.

We look forward to continuing to build relationships with churches and believers in Vermont over the next several years. If you are interested in being part of a mission effort in Vermont contact our office. We will do all we can to get you on the mission field.